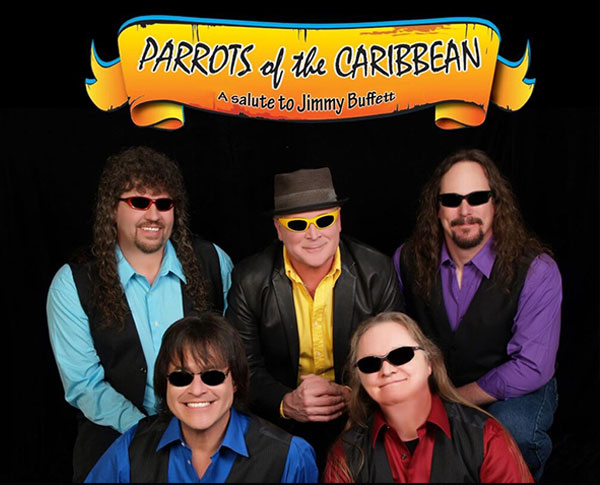 The PARROTS OF THE CARIBBEAN, a.k.a. POTC Band, is the High Energy, Original Trop-Rock Stage Show that “Puts the ROCK in Tropical Rock” as we feature a “Salute to Jimmy Buffett.”

Lead singer and Kettering, OH native, Dave Albrecht, has developed an uncanny likeness to Buffett in both looks and sounds as he has emulated Jimmy for over 10 years. Dave also does a mean “Elwood” Blues impersonation. Twenty years ago he and a nine piece band were signed with “Legends in Concert,” a top ranked show based at the Imperial Palace Casino in Las Vegas. In the year 2000, Dave switchedgears and created the Jimmy Buffett persona, even fashioning Jimmy’s harmonica style by listening to Greg “Fingers” Taylor (from Buffett’s Coral Reefer Band).