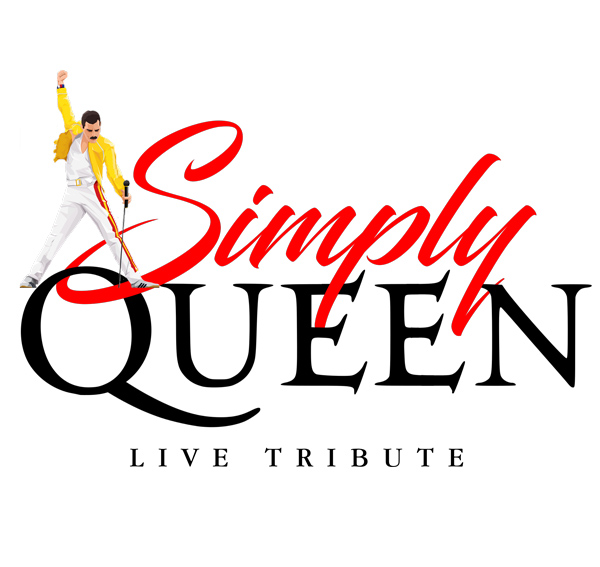 JULY 31ST – 7:30PM
Simply Queen …is a world classs act. They have headlined theater, outdoor festivals and corporate shows to audiences all over Canada, United States and beyond.

Simply Queen is fronted by Freddie Mercury impersonator extraordinaire Rick Rock. Guitarist Bob Wegner was hand-picked by Queen’s Brian May and Roger Taylor to play guitar in several productions of the award-winning “We Will Rock You” musical. Drummer Phil Charrette and bassist Mitch Taylor are veterans of the southwestern Ontario and Michigan circuits.

The band performs all the iconic songs that made Queen one of the most legendary rock bands of all time, and faithfully recreates the grand scope of Queen’s live shows, both musically and visually, with attention to detail capturing the live amazing live Queen experience that filled stadiums around the world. No backing tracks – it’s all live! “Guaranteed to Blow Your Mind!”